The Coalition is expected to address laws to help stop and monitor the sale of fake-Indigenous art in Australia later this year; something First Nations artists are urging needs to be addressed immediately.

“Companies are getting away with it because there is no law,” he said. “There has to be a law to cease copying of the Aboriginal art and the artefacts.”

In December last year, the Coalition Government commissioned a report that made recommendations on how the Government could stop and monitor the sale of “rip-off” Aboriginal art.

The report said, “Art and craft is integral to the cultural identity, stories and history of First Nations peoples and communities”.

It also said the recommendations were intended to “start an earnest conversation among both Federal and State policymakers about the harm caused by inauthentic Indigenous art and craft”.

One key recommendation urged the Australian Government to provide an information guide on authentic Aboriginal art to all arriving tourists at every airport and every port of entry.

Since this report was released, no recommendations have been acted on but the House of Representatives Standing Committee on Indigenous Affairs told NITV News the Government will respond to the recommendations later this year.

“I used to hand paint boomerangs for a souvenir company… [With] all the importation of Indonesian hand painted stuff, I stopped painting boomerangs,” he said.

“Why pay an Aboriginal artist a certain amount of money when they can get it from Indonesia when they can pay someone 20 to 50 cents to do one. I went from being employed to having no job.”

“As Indigenous artists… we do want to get out there and share our culture with tourists and even Australians, and this has just taken away our identity basically,” he said.

The Arts Law Centre of Australia estimates that 80 per cent of Indigenous art on the market is fake, with great numbers being imported from Indonesia and China, a lot of which is found in major cities and popular market places.

“In recent times I’ve made an extra effort to take a look around [for fake Indigenous art and if I found it]… I would encourage them to source authentic art,” he said.

Mr Ayre said that fake art takes away the rightful attention on the Indigenous artist.

“There’s so much time spent on each piece and to have people mass producing it, it should be against the law really,” he said.

Although it is not illegal to sell fake Indigenous art, it is against federal law to sell misleading products to consumers with an “Aboriginal” art company coming under fire late last year.

In October 2018, the Federal Court found the “souvenirs and Aboriginal” art company Birubi Art Pty Ltd broke federal law by misleading consumers in believing they were buying genuine Aboriginal art when in fact the products were mass-produced in Indonesia.

The outcome of the case will be handed down next month. 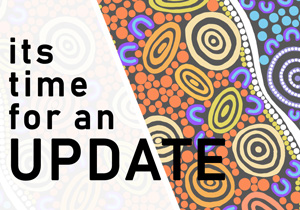 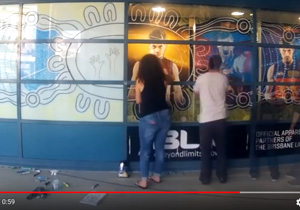 https://www.youtube.com/watch?v=DtVoUCKKbbM Check out this timelapse of the Brisbane Lions Indigenous Mural being painted. 6 hours and 1805 photos. read more

Its amazing how much this looks like my Artwork! Seems you can copy anyone these days and sell it.  http://etsy.me/2j1iFPp via... read more

Here we take the theft of Indigenous culture seriously. The Committee has published its Report on the impact of inauthentic... read more

Artwork i did for MiGas Reconciliation Action Plan, looks great.https://www.migas.com.au/…/PDFs/MIGAS-Limited-RAP-Online.pdfDont forget if you need work check out their website... read more

In tourist shops around the country, visitors are far more likely to buy a boomerang made in Bali than... read more